Back in 2015 I wrote a post called “It’s the Ten Con Commandments” where I laid out the important things con goers should have in order to make it all the way through New York Comic Con. And now I’m back to update/reaffirm these commandments, cue Biggie’s Ten Crack Commandments – Star Wars remix, if you need a soundtrack for this.

1) Bag(s) – As I can’t fit everything into a Utility Belt and do not own a Tardis or tesseract, as seen on the left, I prefer a backpack to help get around without tripping folks up behind me. Your bag should be big enough to carry your gear and NYCC booty and and extra bag for stuff that doesn’t fit.

2) Gear – You think Batman plans on fighting Supes in his regular suit? Nope, he dresses to kick Big Blue in the butt. Unless you’re in cosplay dress for Comic Con appropriately. Lines are killer, and the first casualty will be your feet, good socks and insoles will help. It might be cold outside and an oven in, or the reverse, temperature is a wildcard, layer up as layers will give you flexibility in your comfort.

3) Food/snacks – Javits is expensive, period. There are a few bargains to be found but hey are overshadowed by the long lines. Stock up on sandwiches, bring food that you know won’t go bad or stink up the joint, and eat on-line while waiting to get into a room. Snacks are good too for keeping up your energy.

4) Water – Any Fremen will tell you “water is the key to life.” Again, Javits is expensive and the money you spend on drinks could go to that limited edition collectible you’ve been hunting for the last year. It’s also good to stay hydrated if it gets hot in there. 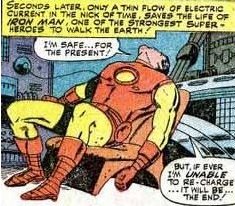 5) Power – Doing it for the `Gram will kill your phone/pad, bring chargers and backup batteries. Would Green Lantern or Ironman go into battle with only a 15% charge. Okay, so yes Tony did fight at a power deficit in the 1st Ironman, but you ain’t him stay charged.

6) Rubber bands – Silly right, you won’t need them. Wrong, posters will be handed out and a rubber band is the difference between cramped fingers and a free hand. Also, don’t shoot at anyone with them, see #10.

7) Hand sanitizer – Con crud is real, folks go from con to con spreading germs like the monkey in Outbreak or David Hewlett in Planet of the Apes, not to say he’s full of germs, he’s actually a cool guy who took the time to take a picture with me before his panel. But seriously sanitizer, super strength.

8) Boards/bags – There are a ton of free comic handouts and you will want the bags to protect that zero issue when you shove it in your bag. Trust me it hurts your soul when you get home and that signed copy you stood on-line for an hour is dinged or ripped. 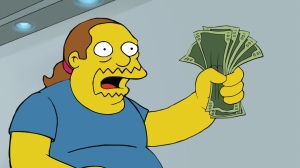 9) Cash – This isn’t the Federation, you need money. There are cash machines on site and most of the vendors can take cards, but the ATM fees are killer and you might be able to make a deal with cash, especially on Sunday when they want to dump as much stuff as possible. Also if you’re on a budget it helps when you have a set limit going into the day.

10) Humanity – Everyone should be there for good time. When people are pushing, shoving, harassing and just being general douche bag, it takes away from the fun. Don’t be that @$$hole, because it would suck Apache Chief balls to spend all that money to get in, just to get tossed out. Keep your hands to yourself and ask to take a picture.

With 2 days to go, remember it’s a marathon, plan and pace is the key to success, know what’s important for you to see and where you’re going because they changed a bunch of things up this year. If you can’t make it, I will be live tweeting (GCarmona3) from panels and the floor and maybe digging out the old Periscope (GC003) for floor walking. Look for me.